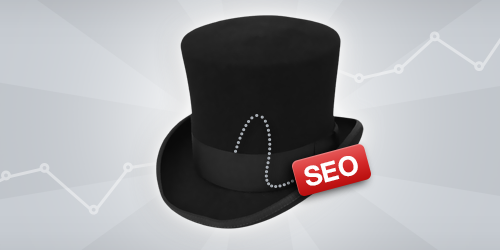 The search engine GOOGLE is so popular that it is used by almost everyone. The company itself revealed in 2016 that Gmail has more than 1 billion active monthly users. Google projects like Search, Google Maps, Chrome, Android, YouTube, and Google Play are widely used and they too have more than a billion users. With this information it can be easily concluded that Google is the best marketing platform for every growing and established company. Hence, there is a lot of pressure on the marketers to create new and engaging content every time in order to showcase their company. So, companies specially hire Content Marketers for promoting the company on internet. These Marketers thrive to make their company the best and they want to stand out among their competitors. In order to differentiate their company from the rest, they show the positives of their company on social platforms through content marketing.

Why Marketers Use Black Hat Techniques For Marketing?

But not all the companies and brands are capable to win attention socially. Therefore, some of these companies use the unethical Black Hat Techniques (BHT) to become popular on social media and rise up in rankings of Google. This gives an impression that the company is quite popular which is a false and Google doesn’t wants to give its users any false information. Also, these techniques violate the terms and conditions of Google.

How Google Deters Such Websites From Using BHT?

Google ensures that such companies don’t get benefited by using wrong techniques. It serves the public not the private marketers. It wants to serve its users with original and authentic information. In order to do that it puts penalties on the companies using BHT.

It is a negative impact on the search results of a website and its rankings because of some unethical process followed by a company. Google uses some tools and algorithms which reviews and detects the unethical activities on the sites. Guys, I will discuss those tools ahead in the article.

Google puts a ban only in extreme cases usually on censored, racist, violent or socially unacceptable content. Bans are also applied to the sites that use unethical or illegal behavior such as distributing malware. A ban totally de-lists the site from the search results so it is similar to death for a website

The website goes from the top-ranked page to the following pages except for the topmost page. It is mostly applied on sites practicing BHT in order to deter those sites. Also, it is an Automatic Rank Demotion process done by the engine following the set guidelines. This is the standard Google penalty.

Google has a team which manually de-ranks web pages that are found cheating according to that team. But unlike Automatic Rank Demotion penalty, this one is a temporary penalty as Google notifies suggestions in this case so as to reverse the demotion. You just need to follow those suggestions

Deindexing of particular pages on site

Well, this one is similar to the Ban Penalty except in this case only the cheated, automated or the censored pages are removed from the index. As in the case of AdWords in 2005 and 2010. Deindexing of pages also applied to Chrome as a penalty in 2005. It will be revealed in the article further that Google had to penalize its own companies too…damn!!

Hence, it’s clear that even one penalty can impair a growing and well-established company badly.

Must Read: 9 obvious reasons why your adult website got penalized by Google!

Causes Of A Google Penalty

There are some main causes that led to a Google penalty:

Related Post: What Is Negative SEO And What Is Not?

Google Penalizes Itself Too As A Company

Well, this is interesting that in March 2005, it was the first time ever that Google took an action against itself. Google AdWords contained some content which was hidden on the pages that somewhat internally helped the Google search tool. This was considered as a violation by the main Google search engine because it is not mentioned in the terms and conditions of Google to use the hidden content. Hence, Google penalized AdWords in 2005. It was penalized again in 2010 for a similar issue. Whoa!! It is a fact that Google has such a complicated and strict set of rules that it had to penalize its own launched companies many times after that.

Google has penalized 5 of its own projects too :

Algorithms and tools used by Google:

Google uses some tools and algorithms in order to detect the Black Hat SEO Techniques. Guys, it is an interesting fact to know that Google changes many of its search algorithms 500 to 600 times every year.

Some popular tools and algorithms are:

Although, there are many more other tools and algorithms used by Google.

Explore more on: The Mechanism of Google Search Engine

How to avoid Google Penalties?

The best way is to keep the website objective similar to the objective of Google – Serving Users. The sites are made to aware and help people not to irritate and confuse people.

I would suggest using all White Hat SEO Techniques. That is a safe and steady way to get the site in topmost search pages without any manipulation.

Recommended Reading: Boost Your SEO in Less Than Two Hours!